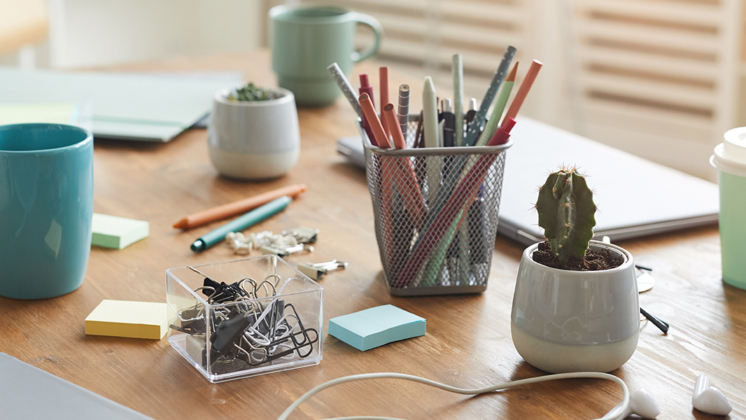 If you have access to the internet, chances are you’ve heard of the Marie Kondo tidying frenzy that’s sweeping the nation. And while you might not be prepared to go full KonMari and get rid of all your possessions, there’s still good reason to think hard about whether you have too much stuff, beyond whether those things spark joy in your heart. Namely—the clutter in your home could actually be having negative effects on your health.

For many of us, clutter acts as a reminder of a seemingly never ending to-do list.

Joseph Ferrari, a professor of psychology at DePaul University in Chicago, who studies clutter and its impact on emotional well-being, describes the phenomenon as “an overabundance of possessions that collectively create chaotic and disorderly living spaces.” In a study conducted by Dr. Ferrari and published in Current Psychology, researchers found that clutter is linked to procrastination and a high level of the stress hormone cortisol.

Why can clutter have such an intense effect on us?

For many, clutter acts as a reminder of a seemingly never ending to-do list. Papers remain piled on desks and clothes you haven’t touched in 10 years are shoved into closets because the mere thought of beginning to tackle such a massive clean-up feels overwhelming.

What’s more, you become attached to the things you own once they enter your home. It’s a lot easier to stop clutter by never buying the thing in the first place than coming to terms with parting with it after it’s existed in your space for years.

If you’re overwhelmed by clutter, you’re certainly not the only one. And if Marie Kondo’s The Life Changing Magic of Tidying Up isn’t resonating with you, there are plenty of effective methods other than Kondo’s to help you organize.

That said, if you still can’t bear to part with that lava lamp, we certainly won’t judge you.