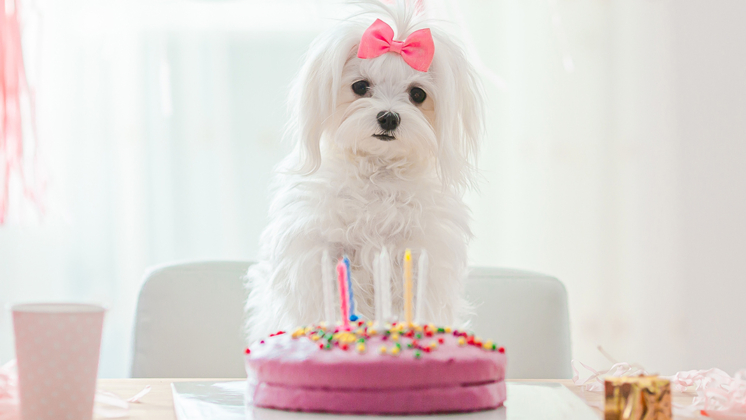 Dogs are too pure for this world. They’re loyal, unconditionally loving, and remarkably intuitive. Not to mention they treat you like you’ve been gone for a decade when, in reality, you just stepped out to the store.

Admit it: You’re not-so-subtly obsessed with your dog. Perhaps there are times you even find yourself wondering what your dog would be like as a human. (No? Maybe that’s just me.) And one question persistently prods at your subconscious: how old would your furry friend be if they were human?

How to calculate your dog’s age in human years

Wait! Not so fast.

A paper published on the pre-print resource bioRxiv presents a more nuanced equation. The University of California San Diego-based researchers called their method the “quantitative translation of dog-to-human aging by conserved remodeling of epigenetic networks.”

In simpler terms, the team came up with a more scientific version of the “seven years” rule, which was always an oversimplification. The researchers compared humans’ epigenetic clock (a way to measure age, involving DNA) to Labrador retrievers’ epigenetic clock — and also mice. They studied DNA called methylation, which helps display the aging process in humans and animals alike.

The researchers then came up with the following equation:

Multiplying the natural logarithm of your dog’s age in years by 16, and then adding 31 will give you your beloved pup’s age in ‘human years.’

But hold up. Why, according to this formula, is your six-month-old dog already through puberty? And what’s up with your two-year-old Labrador clocking in as a middle-aged man?

It’s because his epigenetic dog clock ticks a bit faster than your human one. But it slows down as he ages. Methylation is a wild thing.

Remember, too, that since Labrador retrievers were the breed used in this study, the equation may not align perfectly with your dog’s breed. But the team hopes to expand their research to offer breed-specific stats.

So in conclusion, if you didn’t like the “seven years” method, you’re now armed with a second formula to determine your dog’s approximate age.

If this one doesn’t ring true for you either, maybe it’s best to just forget it and go play with your pup. Life’s too short — in dog years and human years alike.

The stuff nobody tells you about a dying pet

The death of an animal companion is unique to any other kind of loss.

12 Unique Ways To Memorialize Pets That Have Passed On

Pets become a central part of our lives, and when they pass away we grieve and process the pain differently. Some people need more time and want to find a way to honor their deceased pet. Here are 12 unique ways to pay tribute to that special bond you shared.