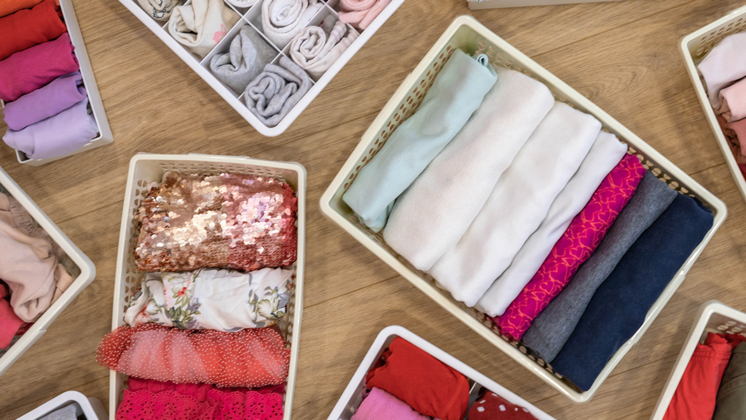 Unless you’ve been living under the rock collection you inherited when Grandpa passed 20 years ago, there’s a good chance you have at least a passing familiarity with Marie Kondo’s main message.

The famed clutter-buster, author of the best-seller The Life-Changing Magic of Tidying Up, suggests you toss out any possession that does not “spark joy,” after you thank it for its years of service and bid it a proper good-bye. (Yes, you will feel better parting ways with an appreciative closure, Kondo says.)

Thanks to the recent Netflix show, Kondo Fever is sweeping through the nation’s closets and drawers, with reports of thrift stores experiencing an unprecedented surge in donated items, and speculation that it even single-handedly bumped up The Container Store’s stock price.

(Note: Kondo advocates giving away or tossing out the unused, not storing it in containers, but perhaps some of us must take baby steps.)

Decluttering will make us feel lighter, brighter, better, and more in control, Kondo promises. It’s like magic, claim her followers.

I predict that many Kondoizers will wind up much the same as the vast majority of dieters, who promptly regain the weight.

In this case, they’ll be shedding those uncomfortable heels only to repurchase them on the next occasion they need to wear fancy shoes.

Personally, I don’t want to be a purge-and-shop declutterer.

What if I can’t classify my cherry pitter as an object that “sparks joy,” but still want it around for the next time I make a cherry pie?

And as for determining whether an object sparks joy, I have many questions. What if I can’t classify my cherry pitter as an object that “sparks joy,” as per the Kondo standard, but still want it around for the next time I make a cherry pie—even if that’s not likely to be until July 4th?

Finally, I suspect that if the love-it-or leave-it philosophy was applied to relationships, half the marriages we know would probably end on the spot. With a thank-you note first, of course.

The upsides to clutter

I think the Kondo clan has given clutter a bad name, undeservedly.

I suspect that part of what is fueling the Kondo Kraze is a fear of being seen as a hoarder. But clutter is not the same as hoarding.

New York psychologist Vivien Diller made a great point in The Atlantic in 2015 when she asked, “Do we just assume that decluttering is a good thing because it’s the opposite of hoarding?”

(The Institute for Challenging Disorganization has a scale that denotes where clutter ends and hoarding begins.)

Frankly, one of the reasons many of us have so much stuff is that we associate our family history and memories with it.

Fear of being seen as a hoarder may be fueling the Kondo craze. But clutter is not the same as hoarding.

Take your grandmother’s good china. Kondo would say take it to the thrift store. Your mother would say please just take it already because it’s been sitting in her attic for decades.

And consider the wisdom of Tim Harford, author of “Messy: How To be Creative and Resilient in a Tidy-Minded World.”

Harford says a messy desk really isn’t the end of the world—and the notion that you are supposed to sort everything into its proper place the minute you get it just doesn’t ring true for everyone.

Creativity, for one, is messy, he wrote. Amen to that.

Another way to ditch your stuff

I love what they do in Sweden: It’s called the Swedish Death Cleanse and calls upon family elders to shed their accumulated possessions while they are alive and well. It solves the problem of a clutter-filled home—as well as the burden that having to clean out said home will eventually put on your heirs.

While the name is on the harsh side, the Swedish Death Cleanse provides complete transparency, and makes so much more sense than leaving your kids to fight over who gets a lamp.

In that vein of thought, anyone need a rock collection?

Let's make sure you're eligible and we'll show you plans

It's that simple, we won't try to sell you anything. We won't even ask for your phone number. We promise.

Answer the questions above to see plans