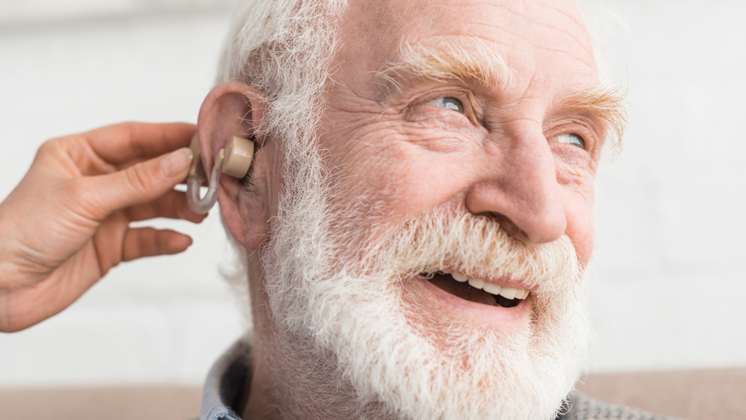 After Lynn Davis got her kneecap replaced, the 72-year-old San Francisco resident had to use a raised toilet seat. But its aesthetic appeal and functionality irritated her to no end. “It was just so ugly,” she says. “Why did it have to be such a blistering white color?”

Also, the lid couldn’t be closed, so it was always propped open in a way “that isn’t a happy thing you want to see in a bathroom,” Davis says.

She isn’t alone in being frustrated at how product designers targeting older demographics create uninspiring visuals and fail to prioritize what their users really want. But unlike many people her age, Davis can actually share her complaints — and also offer potential design solutions — as part of a community built specifically to give older consumers a voice concerning what they would like to see in the items they use every day.

Since 2017, Davis has been part of the Longevity Explorers, a network of feedback groups throughout the United States filled with older Americans who meet regularly to discuss what they find challenging or fulfilling about products ranging from canes to hearing aids to the Amazon Echo.

Today, there are 10 Explorer groups, or “Circles,” as dubbed by Richard Caro, the founder of the Longevity Explorers and co-founder of San Francisco-based consultancy group Tech-enhanced Life, a group focused on teaching brands how to harness the insight of older adults.

“There’s a whole demographic of accumulated wisdom and experience that society has cast aside and now they are feeling useful and helpful.”
–Richard Caro
Founder of the Longevity Explorers

More than 600 members have taken part in weekly face-to-face meetings, in states such as California, Pennsylvania, and Rhode Island. Caro, 63, and other Tech-enhanced Life consultants lead feedback sessions by introducing a product or idea and guiding a conversation. In one session, for example, they discussed the pros and cons of today’s canes and how manufacturers can improve their design and capabilities.

In that session, Caro summed up the Circle’s conclusion on his website, noting how several older adults wanted to see a light attached to canes to make nighttime walking safer.

On what value these feedback sessions can offer, Caro says “there’s a whole demographic of accumulated wisdom and experience that society has cast aside and now they are feeling useful and helpful.”

So much so that brands are taking notice, and several companies (which Caro won’t identify) have worked with the Explorers to solicit advice on how to better improve certain products.

It’s not just the brands that benefit. “One thing that seems to be common across the Explorers is a sense of intellectual curiosity,” Caro says. “The people who enjoy these sessions most are the ones who want to learn new things, or want to contribute their ideas and have them make a difference.”

But are Explorer groups really any different from the traditional focus group, an idea as old as advertising taglines? “Focus groups are weak tools because they just get people randomly off the street, and they’re heavily guided,” Caro argues, “while the Explorers is an opportunity for older adults to be in control of providing the input they want to share.”

With dozens of clients, Caro’s consultancy seems to have defined a new market here in the U.S., but studying how older people use products and tailoring next-gen design around their needs is also on the minds of researchers in Italy. Silvia Pericu, an architect and senior lecturer in product design in the Università di Genova’s Department Architecture and Design, has led studies where students shadow older Italians to observe their shopping habits. This research is intended to provide information to food and packaging companies about how they can better adopt a more human-centered approach to design, Pericu explains.

“Product designers need to involve people in the design process by directly asking them to express their needs or by interpreting these needs with an emphatic approach in order to investigate user’s real world,” Pericu says, making an argument that echoes what usability technology expert Don Norman stressed in a 2019 column for Fast Company. “The world seems to be designed against the elderly … who often face physical changes that designers fail to account for into their work,” Norman wrote.

Those challenges might not always be as obvious as the small font sizes on our many screens, or the difficulty of acclimatizing to touchscreen scrolling. When an app lists too many options, older users can struggle with decision friction, says Becky Pierson, product lead at design firm Spire Digital, which has worked on mobile apps targeting seniors, such as Routinify, a remote care management solutions app for older adults.

“Too many buttons on a page can be overwhelming and you want to limit the decisions on Web or app pages like that, usually down to two,” Pierson says.

What is integral for companies to establish is a policy to encourage senior testers. “Mainly younger people sign up to test out beta versions of sites or apps but these start-ups really need seniors to test those products, to have that balance,” Pierson says.

Absent slow-moving government intervention or policy decisions, it’s going to take enterprising researchers or firms to usher in looks and functionality that’s appealing to older adults. One such trailblazer is Ken Smith, director of the mobility division of the Stanford Center on Longevity. Smith has helped bring to market several products for an aging population, such as a line of Stanford-designed shoes for those with knee arthritis. And they’re not just functional, but stylish too; one set resembles a running shoe.

Design firm IDEO, based not far from Smith’s team in Palo Alto, California, has long been heralded for welcoming input from the demographics it most wishes to serve, so it wasn’t a shock when it hired an 89-year-old inventor to help oversee several projects for the aging or vision-impaired.

In a 2015 NPR article, IDEO described working with a Japanese company on glasses to replace bifocals, and, initially, the designers were looking to place small changeable batteries in the new glasses. But Barbara Beskind, a pioneer in occupational therapy, told them that old fingers weren’t nimble enough for such a task.

The designers took her feedback to heart and made the charging connection on the glasses a USB input, which was thought to be far more user friendly.

Hiring older workers to test new products or to sit in on the development stage is one way to make sure new items work best for those they’re intended for, but the marketing mindset behind product rollouts also has to play a role, the Università di Genova’s Pericu says. “Aging issues are in many ways a taboo for bigger industries, as they are afraid that dedicating products to older users is a strategy that excludes other groups of consumers.”

Spire Digital’s Pierson can only see a win-win when product design considers the needs and frustrations expressed by elderly users. “Being flexible to designing these products for seniors helps younger consumers too,” she says, “and in general makes these items and services accessible to everyone.”

David Silverberg is a freelance journalist, spoken word poet, and arts educator. He regularly writes for BBC News, the Washington Post, Business Insider, Gamespot, and other outlets. He blogs on his website DavidSilverberg.ca.

Feedback sessions on what design choices manufacturers can make to better serve older people are trending across the United States and Europe.