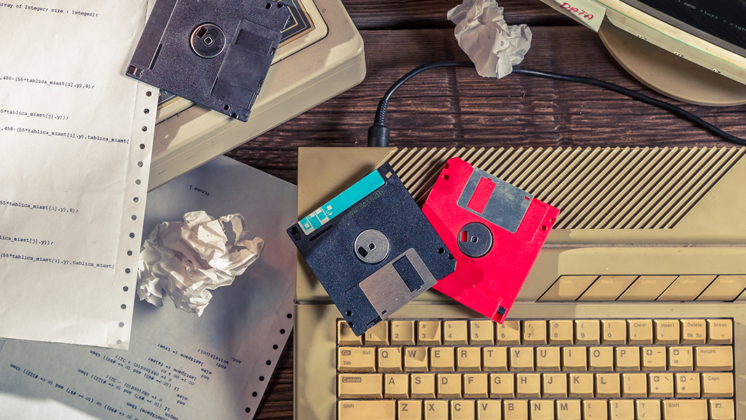 While the internet itself has been around for more than 35 years, it really started becoming mainstream just before the dot-com burst in the early 2000s. It’s safe to say that the majority of people over 40 have been online for close to 20 years.

While some of the websites we use now might be the same ones we visited long ago, the look of those sites has changed dramatically. Here’s how some of the biggest names presented themselves in 1999.

Perhaps the most striking thing about the Yahoo webpage though is the link-heavy format, which was designed as a portal to let people browse the web. These days, it’s almost unimaginable to use anything but a search engine to find what you’re looking for online, but web portals were all the rage when there were drastically fewer sites.

Seemingly everyone in the United States used AOL at one point. But it’s easy to forget what AOL.com actually looked like after 20 years of better email and internet services.

As a web portal, AOL looked fairly similar to Yahoo. It almost seems a little more tech-savvy, and features a low-res photo from the it show of the day, Dawson’s Creek. And, of course, it included multiple ads to download AOL, including one that promised 250 hours for free.

After seeing how cluttered and visually overwhelming the web portals were, it’s easy to remember just how refreshingly different Google’s homepage was. Sure, Google offers tons of services these days, but the majority of the homepage is the same as it was back then: a blank page with the company’s logo and button to search or the trademark “I’m feeling lucky” button.

Of course, the link under these buttons announcing “Google Launches! Read the press release” makes it clear that this screenshot was taken when the search giant was just a search infant.

While it’s true that Craigslist never spent money trying to look fresh and hip, it’s not true that the site looks the exact same today as it did when it was first launched.

Craigslist actually does look similar to its design from 19 years ago, but 20 years ago (above) was a different story.

After looking at so many other websites on this list, you’ll notice that few pages bothered with images at all. Apple certainly lived up to their “Think Different” slogan in that way, with a homepage covered in vivid images of their brand new Power Mac G4, iBook, G4 chip and the Toy Story 2 logo. It’s almost enough to make you stop worrying about that dreaded Y2K bug.

Lest you think that Apple’s website was just picture-heavy because it was a tech company with access to the newest goodies, here’s Microsoft’s homepage for the same period. Dell’s was largely the same — a lot of links with a lot of information, but nothing particularly visual.

After looking at some tech company websites from the era, you might be curious what a tech news site might look like. Well, Wired was still around back then, covering the same types of stories they would cover now, including tech companies, hackers, technology in schools and new product releases.

That being said, the headlines provide a perfect window into what was happening at that time, including “Yahoo Earnings on the Rise” and, just below the screenshot, “Y2K Watch.”

Whereas Wired‘s 1999 website seemed like nothing more than a low tech version of its current incarnation, CNET’s homepage from that period looked more like a web portal than a news website. The headlines immediately take us back to the late 1990s, with articles such as “Yahoo readying Web radio feature” and the most popular topics including both Y2K and StarCraft.

Curious what a non-tech news site might look like? Here’s MSNBC.com, and it’s not particularly pretty. Of course, it still looks drastically more modern than many of the other pages here, with a large logo, colorful graphic design on the menu, and what appears to be a holding place for a fairly large image. There’s even an area to enter your ZIP code for localized news and weather.

Up next, feast your eyes on The Wall Street Journal Interactive Edition. To WSJ’s credit, these links were nicely organized and easy to read. And the stock market graph was pretty fancy for era.

Because it was based on the look of a traditional newspaper and it had a big reputation online, The Onion actually has a more modern looking web layout than many actual newspapers of the day.

Again, it gives a great snapshot of history, even if the headlines are satirical: “Clinton Takes Leave Of Office To Stand In Line For Star Wars: Episode I.”

Back in 1999, Netflix may not have offered streaming, but still made life simpler by mailing your DVDs to your door rather than making you head to the video store. Major new releases 20 years ago included Titanic, Shakespeare in Love and Payback, making this archived page a time capsule in popular entertainment history.

There were more than a few dot-com companies that specialized in job listings, but after looking at the uninspiring web design on many of the major websites of the era, it’s easy to see that Monster was different from the beginning.

The company not only took the time to make a quality-looking website that focused on hot tech jobs, but also published articles for job seekers and employers. It’s no wonder that Monster is one of the handful of companies from that era that continues to thrive.

Once you found a great tech job on Monster, you were sure to have plenty of money to use on your next vacation. But those in the know soon realized that booking with a travel agent or through the airline itself could be a lot more expensive than booking it yourself through sites like Expedia, Travelocity and Priceline.

With its colored graphics, clean layout, top-of-the-page menu, profile section and more, the Expedia website in particular was ahead of its time.

At this point in time, it’s no wonder that so much of eBay’s homepage is dedicated to explaining what eBay is and how it works.

Note the random capitalized letters throughout the headers. Also, notice how “bean bag plush” is specifically mentioned in the “toys” category because Beanie Babies really were just that huge. And does anyone remember the print eBay Magazine?

The 1999 PayPal website is almost unrecognizable today. Not only is the logo drastically different, but the page itself is so bare.

Maybe that’s because it was one of the first sites designed to be mobile-friendly — they proudly announce that “PayPal lets you beam money to anyone with a Palm Organizer.”

It wasn’t until March of 2000 that Napster started making news after Metallica sued the company. One of Metallica’s unreleased songs was being spread on Napster — and inadvertently helped make Napster a household name.

Domino’s has long tried to keep in touch with the youth, and that means relying heavily on technology. The pizza giant had a surprisingly hip site back in 1999, complete with a (highly pixelated) animated GIF and terrible jokes.

We should note that Pizza Hut was actually the first pizza company to let someone order a pizza online all the way back in 1994.

Whereas Domino’s tried to have their site appeal to the young people who might actually eat their food, it seems McDonald’s thought that most of their online visitors were on the business side. Their homepage at the time largely focused on corporate information such as their annual report, investor relations and careers.

The McDonaldland link did offer some fun for the kiddos though, and who could resist the allure of teenie Beanie Babies?

And of course who could forget Amazon. In 1999, Amazon was not yet the behemoth it would become, but was already growing beyond the confines of an “online bookstore.” In this screenshot you’ll find electronics, toys, DVDs and CDs prominently featured.

What was it like to work there at that time? According to founder Jeff Bezos, in 1999 five-year-old Amazon shared a street with a pawn shop and a heroin-needle exchange.

All of these screenshots come from the wonderful Wayback Machine, which has saved over 400 billion webpages over time.