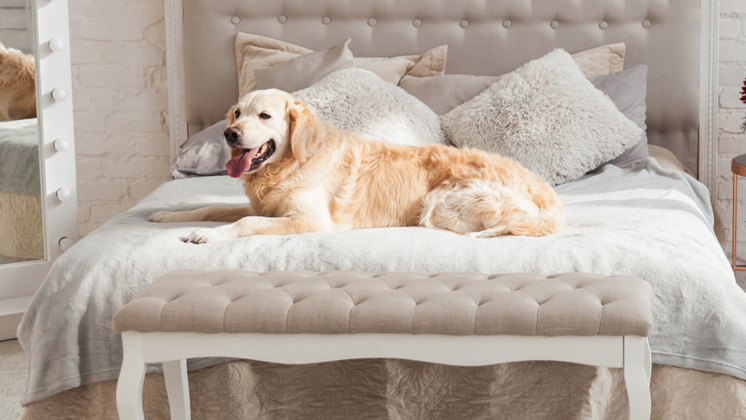 A couple of years after my father died, my mother got a dog. A friend of hers found him on Petfinder — a short, fat, orange-and-white Corgi with no tail.

He’d been named Gizmo, but my mother changed it immediately to Tom.

He’d been named Gizmo, but my mother changed it immediately to Tom.

Tom was a rough customer.

He patrolled my mother’s house like an armed guard. He was devoted only to her. If anyone came too close to her he’d growl or bite.

My mother would say, “Oh, Tom? I know he’s a bad dog, but he’s my bad dog.” She would bury her gnarled knuckles in his fur when she said this.

Tom went everywhere with her. “He loves to ride,” said my mother. They went to the grocery store, the flea market, the plant nursery, the hair cutter.

They went regularly to the Wendy’s drive-through. Mom would get a crispy chicken sandwich for herself and a hamburger for Tom. She would say, “I know he’s too fat but he loves it so.”

He was a bad dog, but he was her bad dog, and she loved him.

When my mother turned 90, the state of Pennsylvania took her license away. She was furious. “You don’t know what it’s like,” she said to me. “Not having that freedom.”

I said, “I’ll take you anywhere you want to go.”

I didn’t exactly resent this new phase of our lives. But I did mind.

I was old enough to know that my own days were also dwindling, and I minded that I was spending them eating crispy chicken sandwiches along with my mother and Tom, instead of doing whatever it was I had meant to do myself.

Bit by bit, my mother was growing older. She wasn’t blind, but she couldn’t really see. She wasn’t deaf, but she didn’t hear well. She repeated herself and could never find her pocketbook.

When I left her house, she and Tom stood at the door watching me go. The silhouette of the two of them in the doorway — it was a tough image to take home.

It was hard, this guilty feeling I had, this image I had of them watching me leave.

I had made them dinner. We had walked around the field or poked around the flea market. We had gone to the doctor, the hair cutter, the grocery store. Whatever it was that needed to be done, we had done it.

When I left I would say, “I’ll see you guys tomorrow,” hoping that it would inspire optimism. It was hard, this guilty feeling I had, this image I had of them watching me leave.

I started bringing them to stay with me at my house. It cut down on my commuting time, but it wasn’t that much easier.

“I can’t understand why you don’t want curtains in the kitchen, with those big bare windows,” my mother said to me.

Did I know my silver needed polishing? Did I own a broom?  But in spite of the bare kitchen windows, the dirty silver and the unswept floor my mother loved staying with me. I understood. It was safe, and not lonely.

We watched the Food Network and HGTV — all the comfortable, death-defying channels.

Tom liked it, too. The stairs were carpeted. It was easier for his short fat legs. I could see how hard it was to get old, and I ached for my mother.

I tried to be patient, and good to her. On some level I believed that if I was good to her, maybe, like karma, someone would be good to me. We watched the Food Network and HGTV — all the comfortable, death-defying channels.

Tom slept under her bed. They would stay for a few days, a couple of weeks, but eventually I took them home. And they would stand in the door to watch me go. If I had known that one day my mother would not be able to stand up and that a week later she would be dead, I would have brought her to live with me. But I didn’t know that.

She was old, but she was strong. I saw no end to her life in sight. I felt bad, but I just wasn’t ready to live with my mother.

I felt a great and poignant freedom, as if an impossibly tender, fragrant spring scent had filled the air.

I found someone who could live in her big house with her who would be there at night. My mother did not like this, but she accepted it. We still spent most days together and she and Tom still often came to stay.

And then one day she couldn’t stand up. She spent a day or two in the hospital, where they discovered a large tumor on her spine.

She came home on a Thursday, and that Sunday she died. She caused no trouble to anyone, just slipped through the surface like a perfect dive.

I missed her, but I also didn’t miss her. I felt a great and poignant freedom, as if one of those curtainless windows had been opened and an impossibly tender, fragrant spring scent had filled the air. I was free. But…was I?

More on love and loss

He no longer needs to protect anyone. He doesn’t bite any more. He lets me pet him and rub his ears. He sleeps for hours under my bed.

He is fully deaf, and probably mostly blind. We built him a ramp so he can get in the car. He needs me.

And that delicious breath of freedom?

Maybe that was my mother’s final message. If you care about anyone, freedom is an illusion anyway.