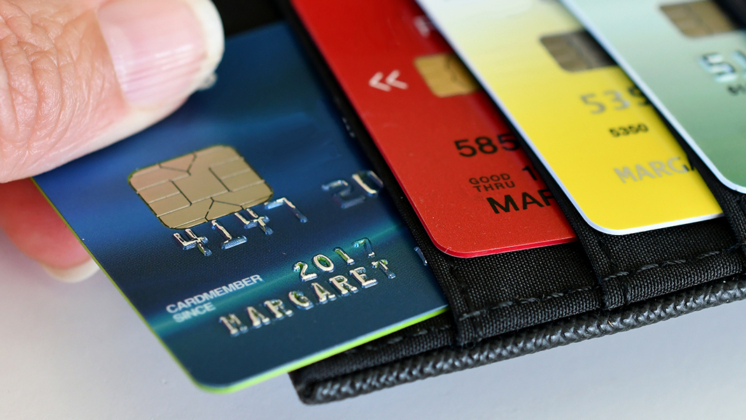 The phrase “filthy lucre” may have been coined for King James’ Bible, but modern microbiology demonstrates that currency picks up all sorts of nasty germs as it passes from hand to hand.

And if you think that’s unpleasant, you might want to handle your credit cards with even more care.

LendEDU recently went to town — literally — with a device that measures the number of germs on different surfaces on a single day in New York.

The Hoboken, New Jersey, company (which offers comparisons of financial products like student loans and insurance) swabbed the surfaces of different forms of currency, from coins to bills to credit cards, to determine the total number of bacteria on the object.

LendEDU acknowledged to us that the measurement doesn’t correct for the size of the object swabbed, so it’s not surprising that coins scored lower than bills, considering their relative surface areas.

It’s always a good idea to wash your hands after handling currency — and an even safer bet to conduct transactions digitally.

However, many of the credit cards LendEDU put under the swab scored much higher for filth than paper currency, even though U.S. bills measure 2.61 by 6.14 inches and credit cards are a mere 2.125 by 3.37 inches.

The highest germ score for a credit card was 1,206, almost twice as much as the 633 score of the dirtiest paper bill in the test.

Considering the soaring popularity of plastic, perhaps the results aren’t as surprising as they seem.

LendEDU isn’t the first to find alarming substances on currency. Back in 2009, a University of Dartmouth study found cocaine traces on nine out of 10 U.S. bills.

And in 2018, the University Surrey discovered that 13% of drug-free Britons had residue of cocaine or heroin on their fingertips — lending credence to a study by the U.K.’s Forensic Science Service estimated that every banknote in Britain is contaminated with cocaine within two weeks of entering circulation.

In any case, it’s always a good idea to wash your hands after handling currency — and an even safer bet to conduct transactions digitally, where the dirty keyboard or touchscreen you handle is your own.