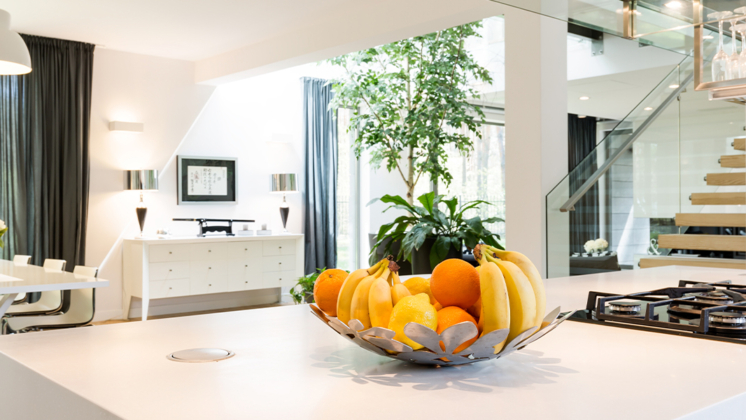 The open plan layout has become extremely desirable in the home design scene in recent years. Almost every show on HGTV seems to encourage knocking out a wall and combining the kitchen and the dining room into one large oasis of entertaining.

But there’s a problem with this concept that new homeowners discover each year. Open plan houses are much harder to heat in the winter and keep cool in the summer. You’re not just heating up one room, but sometimes three or four rooms at a time.

Before air conditioning and central heating, smaller rooms were more practical and featured in the design of most houses. On a cold day, you could stay cozy in a den. On a hot and humid summer day, you could keep kitchen heat sealed in the kitchen. But with the advent of the AC unit, people had more control over their climate, which impacted home design.

Early AC systems were massive — way too big for an individual home. But by the late 1940s, companies were selling air conditioners that could fit in your window.

All of a sudden, parts of the United States that had historically been unpleasant to live in, like Florida or Arizona, became delightful destinations. Because the local climate became less important to building design — because homeowners could control their temperature — homes were designed with larger rooms. Houses in Florida started to look the same as houses in Michigan.

How to be more efficient

If you live in an open plan house, there are a few things you can do to protect yourself from big energy bills.

• Consider adding some room dividers to break up the space. In some cases these can be put on wheels, so you can adjust the look of the space any time.

• Caulk and seal any cracks or crevices in spots like the perimeter of your windows and exterior doors.

• Make use of your ceiling fans to move hot or cold air around the house.