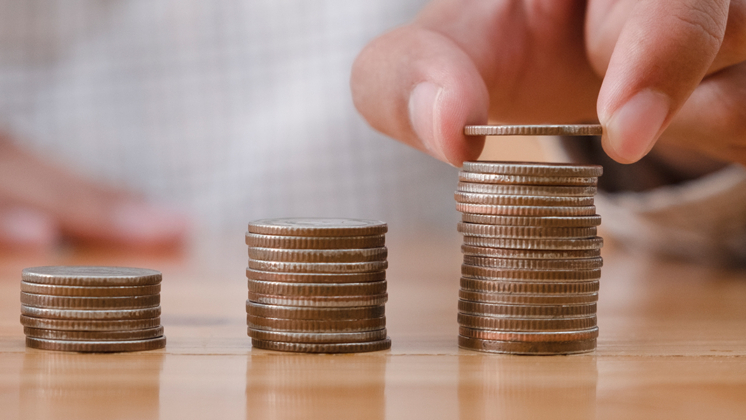 Almost as soon as the Christmas decorations go up, the pleas start, as insistent and inescapable as the Salvation Army bell: Give! Give! Please give!

You know it’s the season of giving, of course. And you want to share your good fortune with those who have less.

But in November and December, it can seem like the whole world’s asking for your money, from the flood of email and snail mail solicitations, to your friends’ posts on social media. Even the cashier at your local supermarket gets in on the act, asking you to add an extra few dollars to your purchase to support this or that cause.

It’s enough to make you want to hide your checkbook in a drawer until January.

Don’t squash your charitable impulse altogether. There are all sorts of reasons to give, from the feel-good effect to the tax write-off—and yes, providing help to those who truly need it.

But it also doesn’t make sense to donate to the point of straining your own budget. Here’s how to figure out where and how much to give—and how to kindly say no to the organizations that don’t make the cut.

Giving should be a part of your overall financial plan, says Manisha Thakor, vice president of financial education for Brighton Jones and author of On My Own Two Feet: A Modern Girl’s Guide to Personal Finance. “Get all your core financial goals met, then decide your giving strategy.”

“If you have a certain amount you can give away, you’re more discerning of who, what, when, where and how much.”
Dr. Ted Klontz, co-author of Mind Over Money and Wired for Wealth﻿

You may want to select a percentage of your income, e.g., tithing 10%. Or, choose a specific number: I can afford to donate up to $750 this year.

Either way, having a target in mind will help you make decisions along the way. “If you have a certain amount for groceries, (you) actually look at the price of things. If you have a certain amount you can give away, you’re more discerning of who, what, when, where and how much,” says Dr. Ted Klontz, co-author of Mind Over Money and Wired for Wealth.

Also think about your top priorities in terms of which causes you feel most passionately about supporting.

Now, the timing. You may find it easier to give throughout the year, rather than the end of the year time when your budget is already strained. That said, if your “heartstrings are easily pulled,” Klontz says, you may want to allocate a larger percentage of the total for November and December, so you can more readily answer the call for donations.

Knowing what you plan to give up front will make it easier to cut through the pile.

Or try Thakor’s method, which is to devote 25% of her giving dollars to spur-of-the-moment donations. The trick is to keep track, to avoid giving more than you can afford. One way to do this is to withdraw “random acts of kindness” money each month—and when it’s gone, it’s gone.

The right way to say no

Whatever strategy you choose, it’s likely going to involve letting some people down. That’s harder than it used to be, since so many solicitations are directed to you personally, via email and social media.

Knowing what you plan to give up front, however, will make it easier to cut through the pile.

Regardless of whether you know the solicitor personally, the best way to decline is politely yet firmly. Let them know that it’s a great cause and you appreciate their efforts—but your giving plan and/or budget is already set for the year.

If you’re finding it hard to say no, Klontz suggests framing the refusal as more of a “not now,” as in: I will keep your cause in mind next year when I allot my giving dollars.

And keep in mind that very small donations may not do much for the recipients, either.

“It often takes just as much money to process small donations as large ones,” says Liz Weston, a columnist with NerdWallet and author of The 10 Commandments of Money.

Weston also suggests vetting any charity by checking for their IRS 990 form, which lists expenses and salaries. You can find 990s on CharityNavigator.org or GuideStar.org, or on the organizations’ websites.

Finally, if you’d like to make a contribution, but can’t or don’t want to give cash, consider offering your services as a volunteer. Especially for small, local charities, your gift of time may be just as valuable. Says Thakor: “Not everything can be solved by money.”