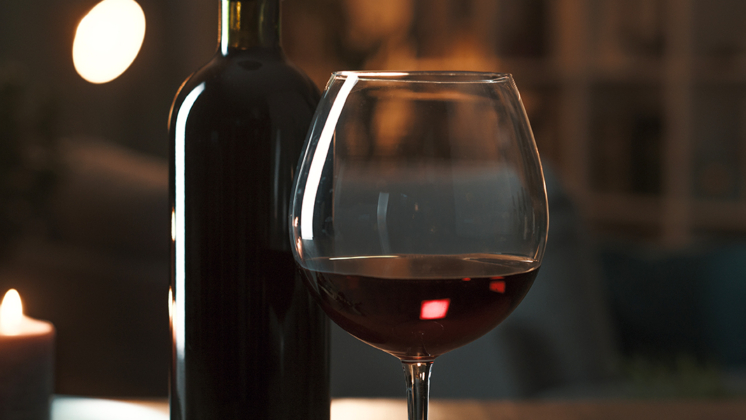 There seems to be two common refrains among those of us long past our boozy college days:

It’s either “I just can’t handle alcohol the way I used to.’’

In the second scenario, aging social drinkers find they can only drink spirits, avoiding wine. Or, the situation is reversed. A glass of wine is ok, but hard liquor? No way.

“When I turned 35, my hangovers got a lot worse,” says Robert Froemke, a 43-year-old neuroscientist at New York University. “I used to be super into red wine.”

These days he opts for jalepeño margaritas.

“I handle tequila better than red wine,” he says.

And yet I know a woman who can’t touch hard liquor because she’ll get a massive headache the next day. Wine — red wine — is better.

Another friend claims this is all hogwash. The reason we can’t drink as much, she says, is because we grown-ups no longer tolerate traipsing around the next day in a post-drunken night fog the way we used to.

This may be true. Studies have confirmed that average alcohol consumption peaks during college and plummets thereafter. There seems to be physiological reasons for our diminishing tolerance and also for changing preferences.

A host of factors determine what you’re able to drink — or not — as you age, including medications, hormones and even the way your spirit or wine is made.

Quite simply, once you’re in your 40s, your body doesn’t break down alcohol as efficiently as it once did.

Three main enzymes digest alcohol, beginning with a stomach enzyme called alcohol dehydrogenase, or ADH for short. The less ADH, the more alcohol in the system. Women have less ADH activity than men. Older folks may have less efficient — or lower levels — of ADH compared to our younger selves.

Quite simply, once you’re in your 40s, your body doesn’t break down alcohol as efficiently as it did.

ADH works by chewing off a few molecules of ethanol, creating acetaldehyde, a toxic byproduct blamed for hangovers.

In the second step of alcohol digestion, a liver enzyme breaks apart the acetaldehyde.

A 60-year-old liver isn’t going to metabolize alcohol as quickly as it used to and that increases the likelihood of worse hangovers, says John Patrick Cullen, a University of Rochester Medical Center researcher who has studied the impact of moderate versus binge drinking.

As everyone over 50 can attest, body composition changes with age.

The proportion of water in tissues declines, which means less water to dissolve alcohol, says Kenneth Mukamal, an associate professor of medicine at Harvard Medical School.

“It’s not that we are dehydrated, it’s that the content of fat and water in our tissues changes,” he says.

Upshot: higher concentration of alcohol in the system.

Even over-the-counter medications can interfere with the way the body handles a few drinks.

Those meds may interfere with the way their bodies handle alcohol, particularly drugs that act on the central nervous system, such as some blood pressure lowering medications as well as pills to counter anxiety, says Richard Saitz, chair of the department of community health sciences at Boston University School of Public Health.

A report by the National Institutes of Health warns drinkers that even over-the-counter medications taken regularly, such as aspirin or sleeping pills, can interfere with the way the body handles a few drinks.

In 1876, Lydia Pinkham, a housewife turned marketing guru, launched a blockbuster menopause cure. What was the secret? Basically, gin in a bottle wrapped in a medicinal-looking label and dubbed this organic-sounded name: Lydia E. Pinkham’s Vegetable Compound.

Sure, a little nip in the evening may seem to take the edge off anxiety and claustrophobia that some women feel around the time when estrogen plummets.

But recent research suggests otherwise: Alcohol can exacerbate hot flashes, which can disrupt sleep and make a hormonal woman feel even worse. So women may not be suffering from the alcohol, directly, but they are feeling worse the next day due to menopausal symptoms.

For both men and women, alcohol triggers the release of hormones and brain signals that induces euphoria and a sense of calmness. Hence the lure of cocktail hour.

Alcohol triggers the release of hormones and brain signals that induce euphoria. Hence the lure of the cocktail hour.

But the joy is fleeting. The process of bouncing back from euphoria to our steady state leads to just the opposite: Increased anxiety and alertness.

That explains why drinking can put you to sleep quickly, but you may wake up in the middle of the night feeling alert and jittery.

While those chemical shifts occur in any age, the aging body just isn’t as good at rebounding.

So now you know: don’t try to keep up with your twenty-something kids. Next question: what should you order?

Maybe stick with the clear stuff

In addition to the impact from alcohol, some people are sensitive to the other stuff in alcohol. They’re called congeners, Latin for “born together,” and they’re created in the fermentation process.

These include tannins and methanol and a slew of other chemicals that boost flavor but may impact the way you feel afterwards.

A 2013 study found that bourbon led to worse hangovers than vodka. According to researchers, bourbon has 37 more times congeners than vodka. Gin, tequila and other clear spirits weren’t in the study but they are on par with vodka, when it comes to congeners.

Listen to your body

Some experts suggested that the way the spirit is aged impacts how we metabolize it. Spirits aged in wood caskets leach chemicals from the barrel, for instance.

“As we get older, our immune system isn’t as vibrant as it might have been, our bodies may be more susceptible to ingredients such as sulfites or substances leached from the container during the aging process,” says Andrea Chernus, a New Jersey-based nutritionist who teaches sports nutrition at Columbia University.

But studies are lacking so it will come down to individual sensitivities, she says.  People should listen to their bodies.

Not all red wines are the same

Even if you believe the studies touting the powers of resveratrol, an anti-oxidant in red wine, you would have to drink about five gallons of red wine a day to reap the benefits, says Harvard’s Mukamal.

Other kinds of polyphenols have evolved in grapes to ward off fungi. They vary from region to region depending upon the kind of fungi potentially infesting the vines.

University of Rochester’s Cullen says he developed an allergy to cabernet sauvignon that triggered rashes.

“I didn’t make the connection until I was back home in Ireland for my brother’s wedding,” he says. Further self-testing revealed that the rash only occurred after that one kind of wine.

Gin martinis made with vermouth and shaken have more of those allegedly healthy anti-oxidants compared to ones that are stirred, according to a 1999 study published in the prestigious British medical journal The BMJ.

Of course, if you combine those 20-year-old results with what we currently know about anti-oxidants that may mean you could be drinking a toxic serving of martinis just to glean the health benefits of the shaken chemicals.

A medical study, prompted by a famous fictional spy, to assess the health benefits of a shaken martini.

Researchers also found that compared with sauvignon white or scotch whiskey, martinis have fewer phenols, the stuff in grapes. Some people may find drinks without phenols easier on their system, though no one knows why.

The study was prompted by James Bond, the fictional star of the 007 movies, his apparent fitness as an aging adult and his fancy for martinis, “shaken, not stirred.”

“His state of health may be due, at least in part, to compliant bartenders,” the authors concluded in the end-of-year issue of the medical journal, one that includes real, albeit light-hearted studies.

So while we may not be boozing it up the way we used to — and we may even be avoiding certain kinds of cocktails — most of us can still give a toast (or two). Perhaps a 007-inspired gin martini straight up and shaken.