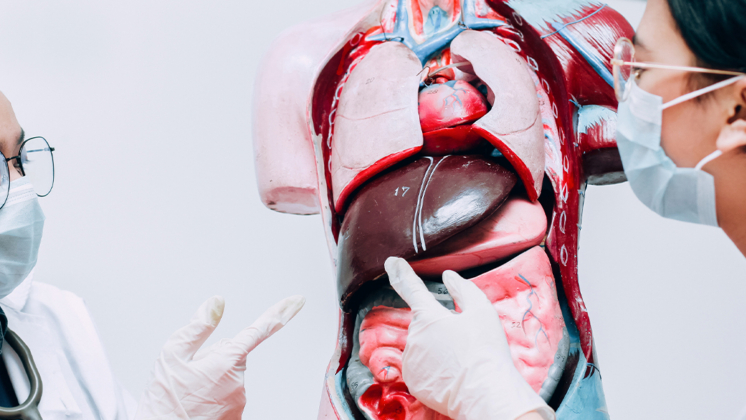 The human liver is an astonishing organ. Not only does it perform more than 500 functions — including processing nutrients, medications and hormones; producing blood-clotting proteins; filtering toxins such as alcohol; and regulating immune responses — it can also regenerate. If you donate part of your healthy liver to someone in need, you’ll have a completely regrown organ in less than two weeks.

If you donate part of your healthy liver to someone in need, you’ll have a completely regrown organ in less than two weeks.

Scientists don’t entirely understand how the liver manages this feat, unique among human organs. But they know enough to capitalize on its capability — with some help from innovative technology.

Recently, researchers from University Hospital Zurich, Wyss Zurich, ETH Zurich and the University of Zurich developed a machine called Liver4Life that can nurture a damaged or injured liver back to health outside the human body. They tested the technology on 10 human livers that had been rejected by European transplant centers. Six regained full functionality within a week. They published their results in the journal Nature Biotechnology.

Liver4Life innovates upon a commercially available technology called a liver perfusion machine. Perfusion in the body involves pumping fluids through the lymphatic system or blood vessels to an organ or tissue. Similarly, perfusion in a machine involves placing the organ within a vessel and pumping fluids through it to maintain blood flow, oxygenation and temperature.

This function recreates the critical support the heart supplies to the liver. Liver4Life advances this support several steps by also recreating the functions of the lungs, kidney and pancreas, all of which are critical to liver health. (The lungs provide air movement, the kidney manages waste disposal, and the pancreas supplies metabolic hormones.) In other words, it simulates the human interior in an external location.

The average time a liver stays alive on a a perfusion machine is nine hours. Last year a team from Harvard managed to extend that to 27 hours. So how did the Zurich team keep human livers alive for an entire week?

It took several years of methodical research on more than 100 pig livers, and painstaking refinement based on their insights. When they realized, for instance, that they were having trouble controlling blood sugar — in the body, the pancreas produces insulin and glucagon — they added a continuous sensor to automatically monitor and adjust glucose levels. And when the livers showed excess sodium and other waste products, they built an automated dialysis membrane to filter them out — a process handled by the kidneys.

When it came time to test the technology on human livers, the researchers approached transplant centers across Europe seeking organs deemed too injured for use. The 10 they received came from male and female donors in about equal measure. After a week in the machine, six had regained full function.

This technology could potentially be used to restore an individual’s liver back to health for placement back in their own body.

Liver4Life could be a game-changer for people awaiting a liver transplant, some 13,000 of whom are in the U.S. The survival rate for liver transplant recipients is high, with 77% of children and 50% of adults alive 20 years after the procedure, according to one study.

It could potentially be used to restore an individual’s liver back to health for placement back in their own body. And other organs might one day benefit from the technology as well — including the heart. A better understanding of the mechanical and chemical processes that make the liver the regenerative marvel it is will be key to future developments.

Jen Pinkowski is a science writer based in Berlin. Her work has appeared in National Geographic, Washington Post, The New York Times, Mental Floss, Atlas Obscura and Archaeology.