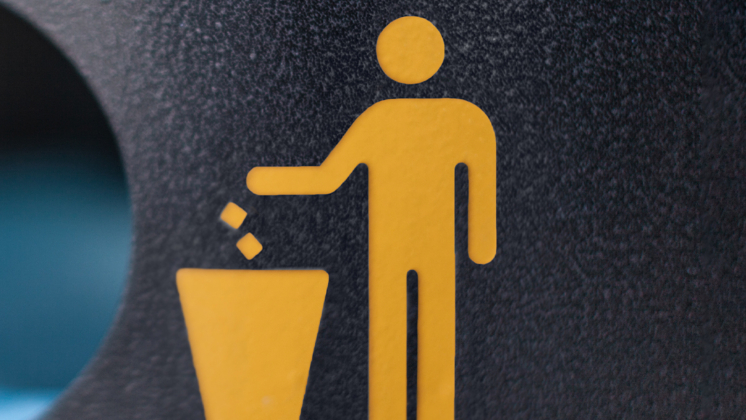 These items that we all have around the house don’t have an unlimited shelf-life. Your favorite pillow, the kitchen sponge and medication are just a few things that made our “must-toss” list. Here’s when it’s time to say goodbye.

Your toothbrush is a magnet for bacteria — not a pleasant thought about something that’s supposed to clean your teeth! Bacteria on toothbrushes can come from toilet spray (if you flush with the lid open), splashes from the sink while washing hands, and your own mouth, which can contain 100 to 200 species of oral bacteria.

Replace your toothbrush every three to four months “or sooner if the bristles become frayed with use,” according to the American Dental Association.

When it comes to medication and safety, follow the “spring cleaning” rule, says to Marjorie Phillips, M.S.Pharm., R.Ph., and member of the FDA Drug Safety and Risk Management Advisory Committee.

Once a year, around the same time, throw out all expired medications, both prescription and OTC. Expiration dates guarantee that, with proper storage in a cool, dry place, the drug will retain 90% of its original potency until that date, she says. Afterward, the medication may have degraded enough to lose potency or, even worse, contain harmful degradation-related byproducts.

(Tetracycline is one drug whose byproducts can cause injury if it’s been sitting around for too long, but Phillips recommends checking with a pharmacist about individual meds.)

Medication doesn’t magically stop working on the expiration date; it’s just safest to follow that guideline, because it’s really hard to know which meds might be risky or just not work as well, says Phillips.

Only one common medication displays a tell-tale sign that it has degraded beyond safe use: non coated aspirin tablets. “When aspirin starts going bad, you may detect a vinegar smell,” says Phillips. “That smell is one of the degradation byproducts within tablets.”

If you’re guilty of taking out the smoke detector batteries while you’re cooking and forgetting to put them back, here’s a scary statistic: “Three of every five home fire deaths resulted from fires in homes with no smoke alarms or no working smoke alarms,” according to the National Fire Protection Association.

The 9-volt batteries should be replaced every year, according to the U.S. Fire Administration, while lithium batteries will last for 10 years.

The good news: airtight, unopened bottle of booze with no dairy-based ingredients will last almost forever.

The bad news: Once you pop that cap, spirits like vodka, rum and gin begin to deteriorate. After about six months, alcohol vaporizes, sugars crystallize, and in dairy-based liqueurs like Bailey’s and Godiva, cream curdles. Experts suggest replacing liquor every year or so, and sniffing and/or taste-testing bottles you’ve had longer.

When to toss: 3 months to a year, depending on the product

We’re all guilty of keeping makeup past its prime, whether it’s a favorite lipstick or our more dramatic, special-occasion eyeshadow. And though the FDA doesn’t require cosmetics to have a printed expiration date, beauty products have a definite shelf life, says Ron Robinson, a cosmetic chemist and founder of BeautyStat.com, who offers the following expiration guidelines:

“After that time, [makeup] is more at risk for growing bacteria or mold — especially if not closed tightly, and kept in a cool, dry environment,” says Robinson.

In a 2010 report, ABC News tested past-its-prime makeup and found 11 different types of bacteria, including staph, strep, and bacteria normally found in our intestinal system. Pay special attention to eye makeup and eye creams that are packaged in pots — they are more susceptible to contamination, Robinson says. “The eye area contains mucous membranes which are an entry point for possible infection,” he advises.

Aside from their being a dusty, sticky mess in your cabinet, old bottles of dried herbs and spices won’t hurt you, says Janet Brill, Ph.D., R.D.N. — they’ll just add less zip to your meals. “There are no health concerns, they simply lose their potency,” says Dr. Brill.

Faded color and loss of aroma are two other ways to ID old herbs and spices.

When to toss: Every few years

Reality check: Most pillows (and mattresses) are infested with microscopic creatures called dust mites who feed off the dead skin cells we shed in our beds.

The good news is that mites only cause problems if you are allergic — about one out of every four or five people are, says James Sublett, M.D., the president-elect of the American College of Allergy, Asthma, and Immunology (ACAAI). If you have year-round allergy symptoms that are worse after days of high humidity (the mites flourish in humid environments), or after sleeping, you’ll probably want to get tested.

While there’s no rule of thumb for when exactly you should replace pillows, if you can’t remember when you bought them or they are stained or smelly, it’s time to buy new ones. Two good ways to prolong the life of your pillows are to use zippered, mite-proof under-pillowcases and wash your pillowcases (and sheets) weekly.

When to toss: Monthly

Considering they’re bathed in soap and water multiple times, sponges are pretty disgusting. Filled with bacteria and mold, they’re the top source of germs in your home, according to WebMD.

To prevent your scrubbers from becoming encrusted with microscopic filth, swap them out every month, or as soon as they begin to stink (an unmistakable sign of contamination). Preserve them on a daily basis by throwing them in the dishwasher or microwaving damp sponges on high for 1-2 minutes (metal-free sponges only). The heat will kill germs and keep your family healthier.

When to toss: Twice a year

Because fridge filters collect bacteria and mold over time, manufacturers’ rule of thumb is to change them twice yearly. Many newer fridges even have a convenient light indicating it’s time to switch.

Really, though, it depends on use. If you have a large family who fills up frequently, you may notice your water has an unpleasant flavor or fragrance after just three months. If you live alone, and you tend to drink soda over H2O, it may take up to nine months.

Minerals in the water make a difference, as well. Folks with “hard” water — meaning it has a high concentration of minerals — may need to replace filters more often.

When to toss: Every five months

Do your feet often hurt? When was the last time you bought a new pair of sneakers? If you wear athletic shoes often and wait until they’re threadbare to replace them, the lack of shock-absorption in your shoes could cause foot pain and other injuries like plantar fasciitis, according to the American Academy of Podiatric Sports Medicine (AAPSM).

Take a good look at your shoes before you put them on again — if they don’t lay flat on the floor, but rather lean to one side, or if the heel of the shoe is very flexible when squeezed, it’s time for a new pair.

Prevention.com recommends you replace athletic shoes every five months, if you walk 45 minutes to an hour three times a week. If you walk more often than that, replace them every three to four months. Find a more detailed explanation of what to look for here.